COMPETITION – WIN The Wind and the Willows on DVD

THE WIND AND THE WILLOWS COMPETITION

It’s competition time and your chance to win The Wind in the Willows on DVD.

1983’s The Wind in the Willows – The Original Movie won a BAFTA for ‘Best Children’s Programme’ as well as an international Emmy Award and set the template for the subsequent hugely successful TV show which ran for 52 episodes on ITV from 1984 to 1988.

Th film was voiced by an all-star cast including Sir David Jason as Toad, Sir Michael Hordern as Badger, Richard Pearson as Mole and Ian Carmichael as Ratty along with Una Stubbs and Beryl Reid in supporting roles.

First published in 1908, Kenneth Grahame’s The Wind In The Willows has become one of the best-loved books of all time, enchanting generations of children and adults alike.

Brought to the screen by award-winning animation team Cosgrove Hall Films, the original figures used in the film and TV shows were put up for auction in 2019 for £10,000. Twenty five figures were to go under the hammer including the four main characters, Badger, Toad, Mole and Ratty. However, the figures were withdrawn from sale and instead donated to Waterside Arts in Trafford which houses memorabilia from Cosgrove Hall Films. Other much-loved Cosgrove Hall Film characters in the collection include Danger Mouse, Count Duckula and Chorlton & the Wheelies.

Kenneth Grahame was a retired banker. Whilst working at the Bank of England in 1903, Grahame was shot at multiple times by a bank robber, but all the shots missed. He based Wind in the Willows on the bedtime stories he told to his son, Alistair. Grahame sent a copy to U.S President Theodore Roosevelt, who loved the book saying that he saw the novels central characters as “old friends.”

The Stone Roses guitarist John Squire is credited as a member of the props department. “I was only making props like miniature plates and chairs. That was the first job I ever had, apart from Tesco” he said.

Synopsis: Toad decides that motor cars are the only way to travel, however his driving skills don’t match up to his enthusiasm. Ratty, Mole and Badger come to his rescue and try to help him stay on the right side of the road, and the law.

The winner was Tracey Sedgley, Coventry. 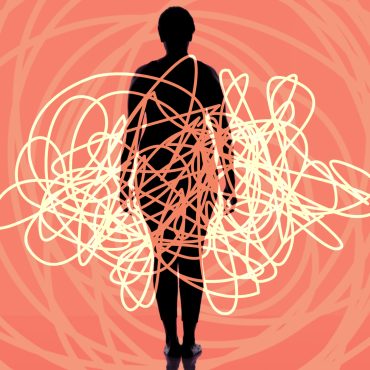 Fibromyalgia is a life-changing chronic condition. It’s estimated that 1.5 million people in the UK live with Fibromyalgia, and I am one of those people.