The Clarisse Sisters release new single ‘Gravity’ in the UK

Interview with the Clarisse Sisters

Ginger and Nuts interviewed The Clarisse Sisters about their new single, ‘Gravity’, taken from their new album, ‘Fire & Ice’.

Listen to our interview

Who Are The Clarisse Sisters?

As the saying goes, “They started singing before they could talk”. The vocal jazz trio from Mauritius had an innate gift for singing. Like the Gibb brothers could harmonise effortlessly as siblings, The Clarisse Sisters found that they could easily sing together and hit the right notes naturally from a very young age.

Born in a family of six children that comprised four girls and two boys, The Clarisse Sisters (TCS in short) were from oldest to youngest: Genevieve, born in 1963, later focussed on other artistic endeavours. Then came Dominique in 1965, and three years after the twins, Annick and Veronique.

The sisters were raised in a family where music played a significant part of daily living. A multitude of cultural traditions influenced them; the local Sega folklore (in Creole), French “chanson” prominent in the Indian Ocean, British pop/rock and American jazz/soul. But it was the 1977 ‘ABBA The Movie’ Australian tour documentary film convinced the young girls that they too were destined for overseas success, resulting in many family gatherings when the sisters would sing songs from the Swedish quartet to the rapturous applause of all!

In 1986, The Clarisse Sisters signed their first contract, being hired by a glamorous 5* hotel, the luxurious Sun International Le Saint Géran Resort Golf & Spa, with the twins having just turned 18.

For five years, Annick, Dominique and Veronique sang six nights a week in front of VIP guests and the rich and famous from across the globe. After one evening show, it was here that they were asked to share a drink by none other than Andy Bell, who was riding the crest of massive success with his band Erasure.

The conversation turned to an upcoming tour that would require two singers who could dance. Dominique had become a mother for the first time and could not travel away from Mauritius, but the twins relocated to the UK for rehearsals for Erasure’s Phantasmagorical Entertainment shows, and an appearance on Top of the Pops as the band’s Abbaesque EP topped the UK charts. It was a dream for the girls inspired by the Swedish foursome. One of their great memories of the day was meeting Lionel Richie, who helped them dress up before the performance!

You can watch their performance with Erasure by clicking the video below.

More than 100 shows would follow as the girls toured with the band across Britain, Europe and North America, finally ending on 12th December 1992 when they flew back to Mauritius in time for the Christmas celebrations.

In early 1994, the sisters received a call from multi-platinum selling artist Basia who was planning a world tour and had heard about the girls’ impressive performances with Erasure. They returned to the UK for rehearsals and then embarked across the globe commencing in Japan and ending with a two-week residency on Broadway. It was a very special relationship and one that would last for some 21 years and encompass six tours of the USA.

You can watch their performance on Jools Holland by clicking the video link below.

In 2014/2015, The Clarisse Sisters released their first single and album under their own name. It was a completely new approach to the traditional sound of Mauritius, infusing Jazz and vocal harmonies into Sega and sung in Kreol, French and English.

The global lockdown initiated the new album Fire & Ice, enabling the three sisters to spend most of their time in their studio in Curepipe, working on new material. It has been produced by Paul Booth, a world-class saxophonist, flautist and multi-instrumentalist from England who has recorded and toured with an incredible array of artists, including Eagles, Santana, Barry Manilow, Chaka Chan, Steely Dan, Gregory Porter, Steve Winwood, Eric Clapton, and Kylie Minogue. The songs are all sung in English, and the band are first-class musicians from the UK.

For three sisters born on a remote island in the middle of the Indian Ocean, the odds of achieving anything close to what they have done are beyond slim. It seems that miracles do happen, especially when fate and talent combine. The Clarisse Sisters strongly believe that positive and meaningful music is more important than ever. As a global healer. As a respite. As a much-needed breather. Their legacy of craftmanship forged over a 30-year career is a defining moment for music made from Mauritius. It is also a gift to the world. 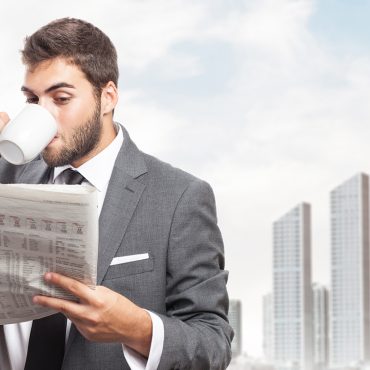 Funny Songs and Movies for the News

Bad News Day? We thought you might enjoy reading these funny Songs for the News such as ... It’s Murdoch On The Dance Floor.